A multimetallic buying binge has resulted in a shortage of physical precious metals for the U.S. Mint and its downstream dealers. A phone call to Kitco on Wednesday confirmed that conversion of silver pools to physical delivery would command an eleven-dollar premium per ounce over spot. Luckily, there are paper equivalents whose expense ratios are much more favorable than the aforementioned premium.

Using our Ticksift platform, we consider the following three exchange traded funds (ETFs): GLDM (SPDR Gold Trust), SLV (iShares Silver Trust), and CPER (United States Copper Index Fund). As major industrial inputs, silver and copper are much more sensitive to recessionary slumps than gold. The decoupling of silver and copper from gold should therefore be no surprise in a world economy shuttered by coronavirus. 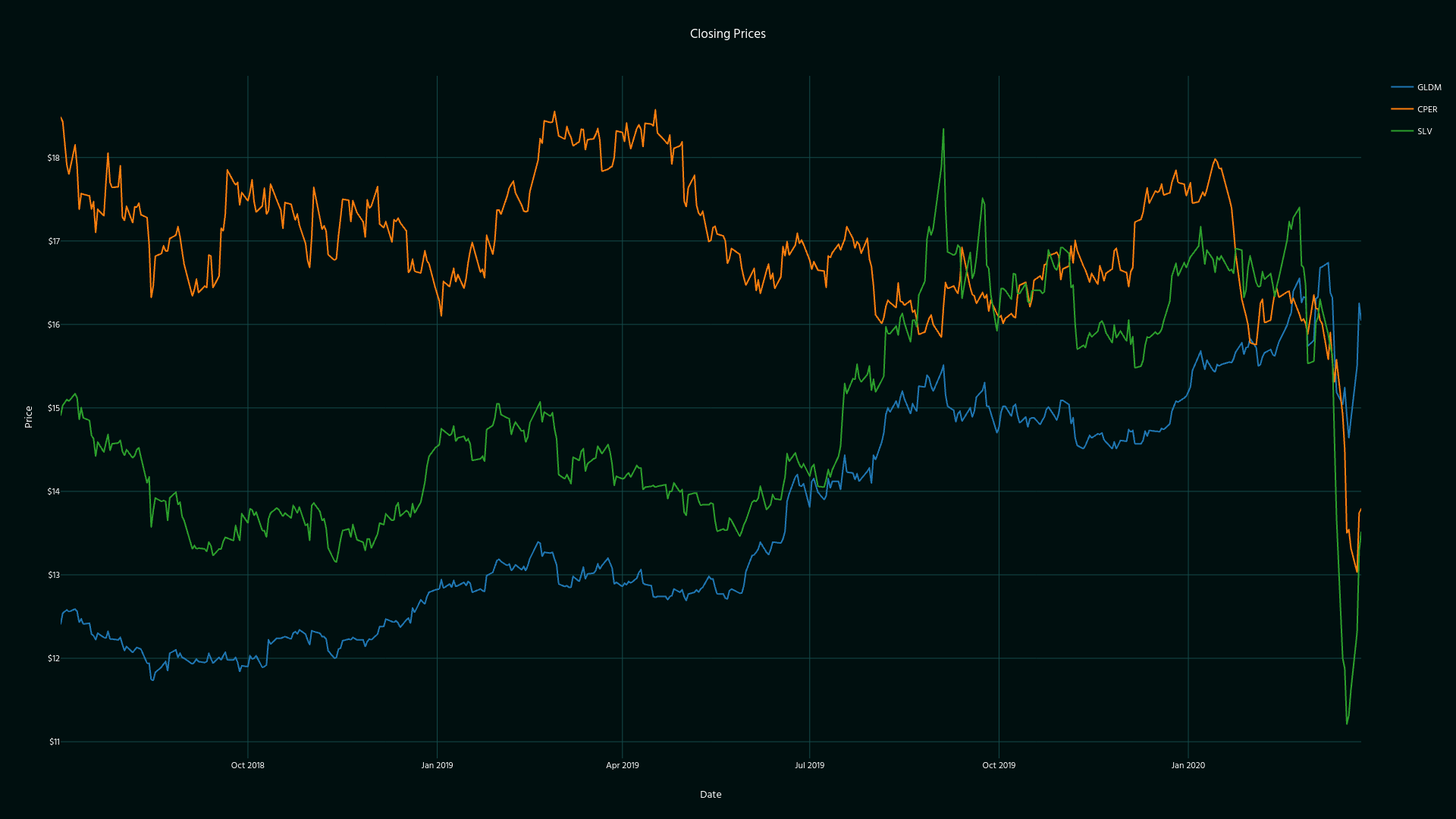 Fig. 1: Silver and copper ETFs and a gold ETP since the inception of GLDM in July 2018. 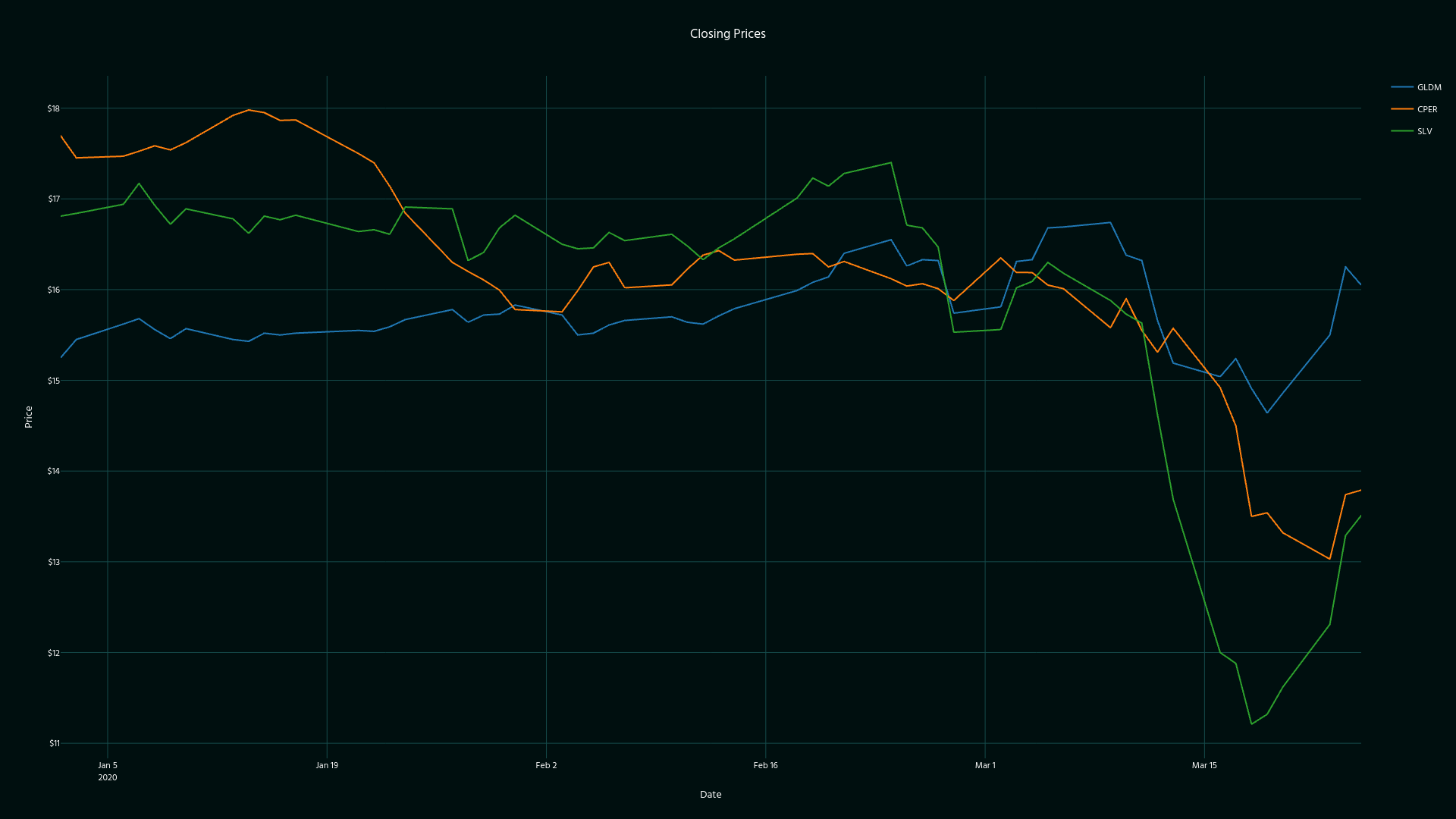 Historically, gold, silver, and copper coexisted as monetary metals. The fixed-ratio, silver-gold bimetallism of the nineteenth-century United States yielded in 1873 to an ill-fated, yet durable, international gold standard which weathered long depressions, great depressions, panics, and world wars. Silver soldiered on as an appreciable fraction of circulating coins until 1965, when silver certificates were removed from circulation and silver content was removed from coins.

When misadventures, both foreign and domestic, culminated in gold arbitrage between currency units and gold, President Nixon unilaterally closed the gold window in 1971 to prevent gold outflow from the United States. Instead of demanding gold in exchange for dollars, the rest of the world obliged, transitioning almost overnight from a gold standard to a dollar-reserve one.

Since 1971, almost all exchange rates would float relative to each other, completely untethered from the commodities of yesteryear. The dollar, once defined as unit of weight in gold, was redefined as an unsecured, irredeemable liability of the Federal Reserve.

The ensuing inflation increased the cost of minting pennies, leading to a dramatic reduction in copper content. During the 1982 transition year, the penny’s ratio of copper-to-zinc flipped from about 39:1 in favor of copper to about 1:19 in favor of zinc. With the transition of the penny, the banishment of the monetary metals from circulation was complete.

In light of this, you may feel inspired to engage in some bimetallic speculation of your own, noting the relative cheapness of silver versus gold. Just be aware that in these turbulent times, a global recession may drag silver and copper down far more than it would drag gold up, at least in the short run. In other words, silver and gold may trade far outside of their historical ratios for far longer than anyone can anticipate. Proceed with caution if the goal is to rebalance a gold-silver portfolio, especially if leverage is involved.

Instead of selling gold to buy silver, why not simply buy silver’s slump? As they say, make new friends, but keep the old. Should the United States experience a sovereign debt crisis, you’ll be glad that you did.